As a project manager for a restoration company, Flood Fire Pro, Ryan Short is very familiar with renovating buildings. He took those skills and applied them to his first multi-family house hack. Since his first successful house hack, he has been able to become a part-time real estate investor while continuing his duties as part-owner of Flood Fire Pro.

Today we will take a closer look at his house hacking case study from Attleboro, MA.

Housing hacking is a growing trend sweeping the nation and transforming finances everywhere. Through house hacking, homeowners are able to live for free! You can tap into this life-changing strategy completely legally! Grab a FREE copy of our House Hacking Quick Start Guide to get started – it can save you thousands with specialized information you won’t find anywhere else.

Ryan first heard about the idea of house hacking in 2016. The idea came up in conversation with a family member. That was the spark that Ryan needed to start researching the concept. He did his research online and read many real estate investing books.

At the time of his first house hack, Ryan was living at his parents' house. He was also dating the woman that would later become his wife. He decided that it was the right time to pursue a house hacking opportunity.

The units were older and needed some renovations, but Ryan was ready for the task. He moved into the one-bedroom unit two months after closing.

When Ryan purchased the property, the one-bedroom and two-bedroom units were both rented out. After two months, the one-bedroom tenant moved out and Ryan moved into that unit. In order to find tenants for the other units, Ryan uses Zillow. He finds it easy to push out the listing to many spots using their platform.

Once he has found a tenant, he uses Cozy to manage their needs.

After moving in, Ryan decided to renovate both of the three-bedroom units. In both units, he did most of the work himself. He chose to tackle these projects:

Each of these renovations took time, but added to the value of the property. In total, Ryan spent $30,000 renovating these units.

Take a look at the improvements below:

The exterior of the home.

The Numbers of the Deal

Let's find out exactly how profitable Ryan's house hack was!

After spending a few years at this property, Ryan decided to pursue a cashout refinance in order to buy his next property. With that, the monthly mortgage, including principal, interest, taxes, and insurance, was $2,750.

Let's take a closer look at the numbers

Ryan was able to build equity while living for free in this property. He has been able to use the equity built in this house to finance his next real estate purchase of a 7-unit property with a cashout refinance.

Want to get paid to live in your home? Dive into housing hacking with our House Hacking Quick Start Guide.

House hacking has been an amazing opportunity for Ryan. He loves what it has done for him and his growing family.

Looking back, he wishes that he had hired out more of the renovations. He realizes now that the property would have been rentable much sooner if he had hired help. However, he doesn't think he would do anything differently if he was starting from the beginning.

As he purchases more properties now, he has systems in place for a smooth process.

Ryan shares, “Real estate is the best asset class in the world by far. Real estate investing should be a major school elective in every school worldwide.” He strongly feels that everyone should take the chance to invest in real estate whenever possible.

If you'd like to learn more about Ryan's story, then check out Title Town Acquisitions.

Be sure to check out next week's case study.

If you are interested in creating your own house hacking story, then check out our resources. We have an ultimate guide to house hacking, a house hacking podcast, and more case studies to spark your interest. You never know what house hacking could lead to!

If you choose to pursue a house hack of your own, then please share your story with us! We would love to share your success. 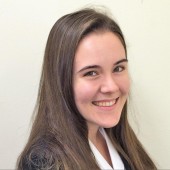